This is going to be a short post compared to those on Cinder, Scarlet, and Cress, because so many of the items included in Winter’s black folder contain spoilers! and I don’t trust you guys not to zoom in on them, haha.

In the first draft of Winter there were a handful of flashback scenes showing Winter as a child, and I was super excited when I came across this photo in a magazine one day. This little girl looks just how I envisioned the young princess. 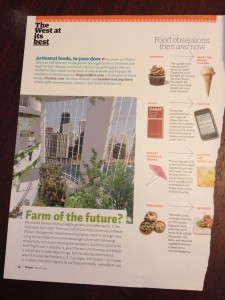 This article, found in Sunset magazine, theorized some technologies we might be using for our food-growing in the distant (and not-so-distant) future. It was one of the first inspirations I had for how food production – and society in general – might work on Luna. 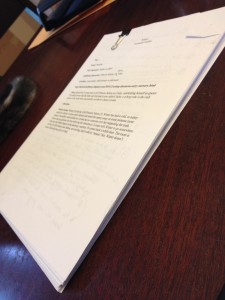 When I tried to outline my initial ideas for Winter (back before I’d even started writing Cinder!), all the ideas I had came to a grand total of three hand-written pages. Well, when I tried again a couple years later—after Cinder and Scarlet were completed—this was what that three-page outline turned into. Sixty typed pages! And that’s the outline! *gulp* This is by far the most extensive and detailed outline I’ve ever written, which I made using the method in First Draft in Thirty Days by Karen Wiesner. I didn’t really enjoy the method and probably won’t use it again, but it certainly gave me something to work with!

I hope you’ve enjoyed this peek into some of the first inspirations for the Lunar Chronicles. Word of advice for writers: Never throw anything away… you just never know when you’ll want to write a blog post about it!