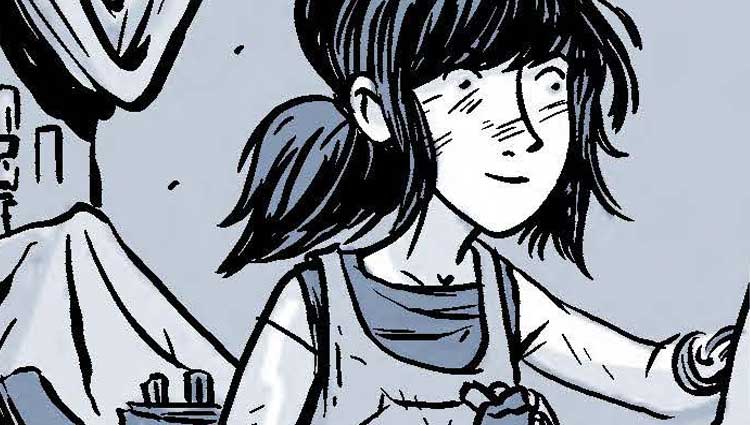 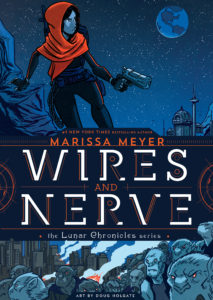 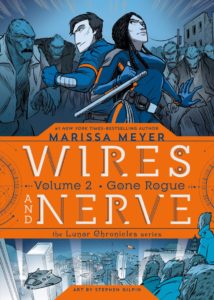 I’d intended to write this blog series when WIRES AND NERVE first came out last January, but never got around to it, so here – finally! – as we’re in the midst of celebrating the launch of WIRES AND NERVE, VOLUME 2: GONE ROGUE (out now!!), I wanted to answer some of the questions that have come up over the past year and talk about the similarities and differences that I encountered in writing both novels and my first two graphic novels. So if any of you are dreaming of one day writing a graphic novel yourself, or you’re just curious about how the process works, I hope you’ll find my thoughts useful!

Why I Wanted to Write Graphic Novels

First, some backstory on how I came to write WIRES AND NERVE to begin with.

Writing a graphic novel is something I’ve wanted to do since I was a teenager, and first got majorly hooked on reading manga. At the time, though, graphic novels were almost nonexistent in the U.S. – other than Marvel and DC comic book compilations, at least. The genre just hadn’t hit its stride here. So even though my friends and I would spend hours  creating our own manga, it seemed like even more of an impossible dream than my OTHER big fantasy of someday becoming a bestselling novelist. (I’m telling you, guys. Dream big. Work hard. You just never know.)

So anyway, fast forward about fifteen years, and I’m wrapping up Winter and Stars Above and The Lunar Chronicles are coming to an end, and it was a very bittersweet time for me. I was excited to be moving on to new projects, but also sad to be leaving these beloved characters behind. Until one day, a new idea popped into my head – a spin-off story that would take place after Winter and follow Iko as the main character. It would answer some of the questions that remained unanswered in the books, and give me a chance to explore the backstory, dreams, and desires of one of my favorite characters. And of course, Iko always thought she was the hero of the books, anyway, so it seemed fitting to finally give her a story all her own.

As soon as this spin-off story started to grow in my imagination, I almost immediately began to envision it in graphic novel format. It seemed like an extra visual story, and I loved the idea of being able to use the images to compare and contrast the differences between human and machine, and also human and wolf-hybrids (as I knew early on that one of Luna’s bioengineered soldiers would be the main villain).

So one day I pitched my shiny new idea to my editor. She loved it, the two-book series was sold, the contract was signed, and I found myself facing a conundrum.

I did not know the first thing about writing a graphic novel.

Every book I write begins with a research phase, but in the case of WIRES AND NERVE, the research was not so much about plagues and cybernetics and moon colonization, but rather the technical aspects of graphic novels and comic book scriptwriting.

I needed to know:

– The typical responsibilities of the writer and script vs. those of the illustrator

– Scriptwriting techniques and strategies, and what I can do to convey my intentions to the illustrator to better help them translate the story for the reader 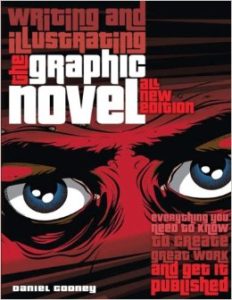 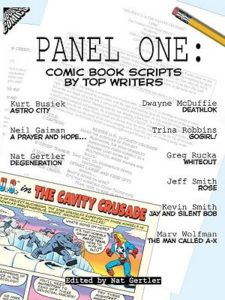 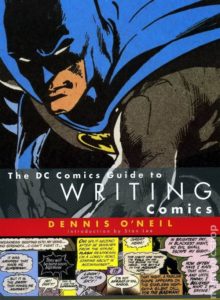 These are a few of the books I read while researching how to write a graphic novel. Though I gleaned something useful info from all of them, I would say that the one I got the most out of was Panel One: Comic Book Scripts by Top Writers. It’s pretty much just a compilation of various existing comic scripts, so it was a wonderful tool for seeing the styles of different artists and how they conquered different types of scenes and storylines. It really helped set my mind at ease when I saw just how different each of the authors’ styles was. Some writers are very, very detailed, and would write lengthy descriptions of each and every panel, detailing exactly how they wanted every image laid out. On the other hand, some writers were much more sparse with their artistic direction, giving just the necessary information for the artist to understand the scope of the story and the context of the dialogue. Seeing the wide variation of techniques showed me that there wasn’t going to be any One Right Way (just like writing a novel!), which helped me get over some of my early fears of being the amateur who was going to do everything wrong. 😊

Once I felt like I had a decent grip on what the finished product was going to look like, and what my responsibilities were in terms of creating it, it was time to get started!

In Part II, I’ll talk about pre-writing, and some of the ways in which it was similar and different to pre-writing my novels. 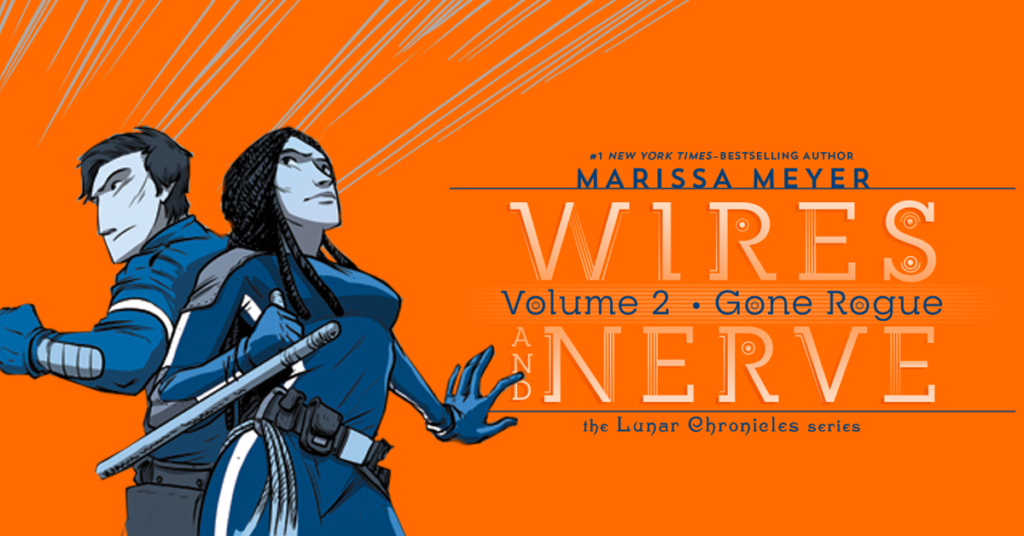