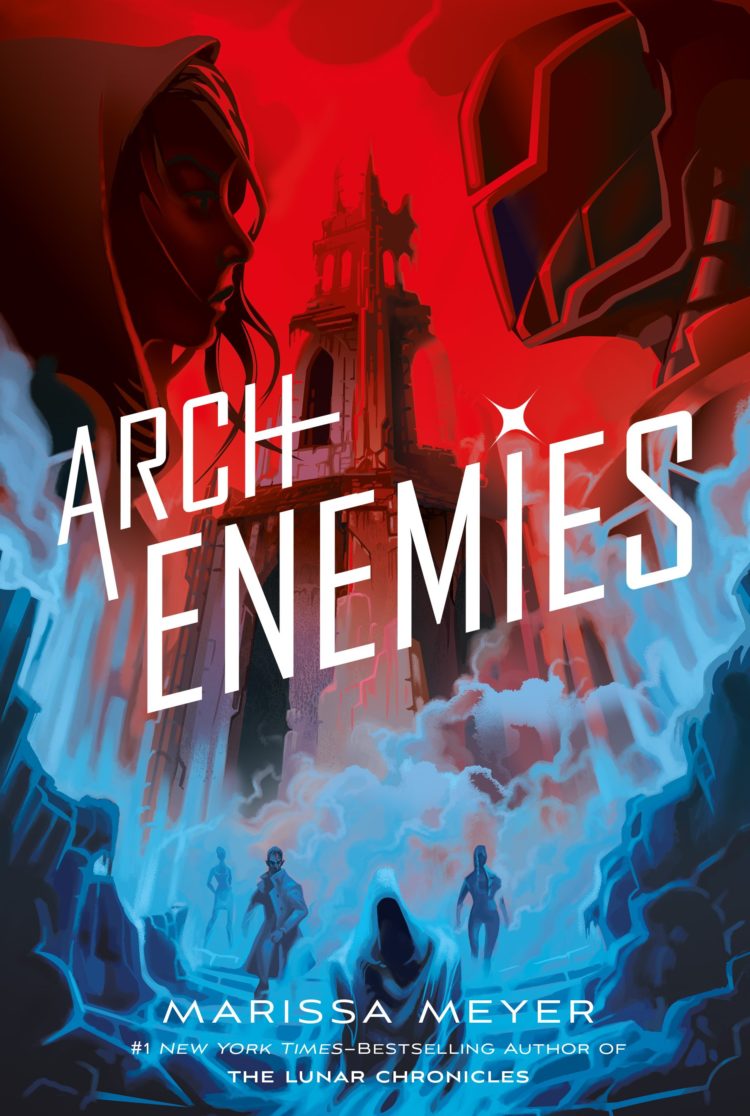 On sale now! Part thriller, part superhero fantasy, here is the fiercely awaited sequel to the New York Times-bestselling Renegades by Marissa Meyer, author of the Lunar Chronicles. Are Nova and Adrian each other’s worst nightmare?

In Renegades, Nova and Adrian (aka Insomnia and Sketch) fought the battle of their lives against the Anarchist known as the Detonator. It was a short-lived victory. The Anarchists still have a secret weapon, one that Nova believes will protect her. The Renegades also have a strategy for overpowering the Anarchists, but both Nova and Adrian understand that it could mean the end of Gatlon City – and the world – as they know it.

For more about the series, check out: renegades.universeofmarissameyer.com/